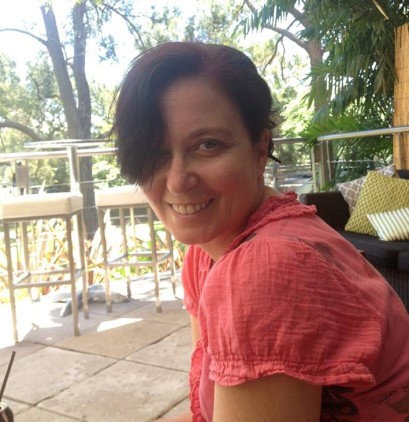 This morning, Facebook reminded me with a photograph of my own cheesy smile that it’s been four years since my muse de bloke Deano and I spent Christmas recovering from kidney surgery. Not everyone’s preferred choice for celebrating the yuletide but I don’t think I’ll ever beat that Christmas for the best. Marvelling that my little kidney was powering my rather much larger husband, returning the light into his eyes – those blue eyes so bright! – every moment was a rush of joy and wonder.

Seven years prior, though, I was in the midst of my very worst. My ex had called to ask me not to attend the usual family Christmas in Sydney – to drop the kids and leave. He’d begun seeing someone else and didn’t want me to make a scene. I could have laughed: I’m not exactly renowned for making scenes other than those written in books. But laughter, along with any other kind of light, drained from me in that instant. I was out of my mind that anyone would dis-invite me to Christmas for any reason.

Not being a scene-maker, I did as I was bid: dropped the kids and slunk away. I had other things to do that day anyway. My darling old dithery father Charlie was dying, tucked up in the final stages of dementia and the bewildering heartbreak of having lost Mum almost three years before.

I met my brother Mark at the hospice where Dad lay. Mark had been Dad’s stalwart advocate and chief entertainer as I dealt with the fallout of my own small but epic family disintegration – and because I lived a couple of hours away, in the Blue Mountains. This hospice, though, necessary to Dad’s care at that time as it was, could only be described as a place of grey desolation. Cheap deodoriser mixed with stale smells of last days, baked-on despair and loneliness. The loneliness, sharpest of all, wrapped me in a fog so dense, so bleak I could hardly even see my father.

My brother and I had a quick lunch in Chinatown but I wasn’t really there. I tried to focus on the conversation but I couldn’t understand what was being said. The words wouldn’t settle in my head. So I got on the train back to the mountains, a Christmas Day train that was empty and greyer and lonelier still. I picked up my car from the station and went home to a family home that didn’t hold a family anymore.

My many failures overwhelmed. Whole armies of failure: I was a terrible mother, daughter, sister, person. Everything.

Practical, get-on-with-the-job sort that I am, I tried to write that night. The deadline for my second novel loomed, but I couldn’t do it. I couldn’t see my way clear to do anything. I couldn’t even cry. The pain was too intense, too large. Monstrous. I was staring at the abyss and it was staring back at me.

I wanted to die. More precisely, I wanted to do what too many had done before me: throw myself off the clifftop at Govett’s Leap and let the forest take care of the details. If it hadn’t been for my children, I might have done just that. My heart quickens even now at the fact.

If it hadn’t been for the kindness of friends in the weeks that followed, I might not have got the help I needed – to understand that I was not any kind of failure at all. I was in grief.

Grief has a way of obscuring the light like nothing else. Like smoke, it gets into every corner, into your eyes, into your clothes, and whispers through your every move.

If someone had said to me then, Kim, in seven years, you’ll have let so much light in you’ll want to invent a new word for happiness, I would have thought it the cruellest platitude. But it happened.

So, if you’re having a shit Christmas this year, know that my heart goes out to you. Know that it’s just Christmas. It’s only a day. Your thoughts of despair and failure are liars. You are wonderful and worthy of love. And despite your loneliness, you are not alone. You will let the light in again, one day, when you’re ready. And you will shine more deeply for the darkness you’ve known.